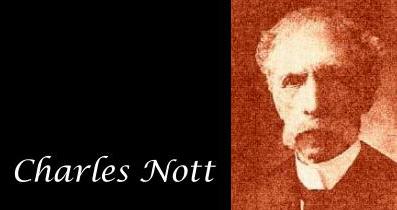 
Colonel Charles Cooper Nott of the 176th New York wrote an account of his experience in Louisiana and Texas in 1863 titled Sketches in Prison Camps: A Continuation of Sketches of the War.


An interesting angle to the war are Yankees' first impression of Louisiana. Nott provides a detailed account of South Louisiana in 1863 on pages 25-28 of his Sketches in Prison Camps:

WESTWARD from New Orleans stretches the Opelousas railroad, and along this road we are now doing guard duty. Guarding a railroad is the most unwelcome task that can be thrust on the Colonel of a new regimentscattering the companies, demoralizing the men, destroying the regiment, and therefore a Colonel, under such circumstances, has a right to be a little discontented, and very cross...Up the neighboring bayou of La Fourche, too, come miniature canalboats, tugged along by little creole ponies, and laden with fish and oysters, which the swarthy French fishermen catch in the not distant Gulf. The surrounding woods are filled with game that finds its way constantly to camp, and from every one of the large plantations
Page  26that abound here, are brought vegetables, eggs and poultry. Yet I do not relish this ease and indolencethe rough cavalry service suits me better, and I wish a hundred times a day that I were back in Tennessee. It is the spring-time of the year, yet there is but little of the reality of spring to us. The grass has long been green, the flowers are plentiful, the sun is hot and burning, but the leaves come leisurely along, and for a fortnight have only moved. These flowers, too, have generally no fragrance, though now and then there is one that overpowers us with its sweet, sickening odor, and the birds that fill the trees are songless, save the "merry mocking-bird," who, like the perfume-giving flowers, has more than his share of noise and song. There is, therefore, none of the glad bursting forth that makes so brief and beautiful our northern spring. This is a muster-day in the army, and it is the forerunner of the Pay-MIaster. I have been busy since daybreak calling the rolls of the companies along the railroad, and I have now to ride twelve miles and muster one that is doing Provost guard duty in the village of Houma. It is not a pleasant ride to Houma; the road runs along a bayou, as straight and stagnant as a canal. Occasionally there comes a boat, freighted with a dozen barrels of molasses or a few hogsheads of sugar, furrowing its way through the green scum that covers the water, and breaking down the rank-growing weeds that choke the channel. The vagabond-looking ponies that drag it along, travel on the "levee," which has the
Page  27appearance of a tow-path, and makes the bayou look more than ever like a canal. This bayou, is a hideous frog-pond, long drawn out, filled with black, slimy mud, and teeming with hideous reptiles. My horse starts as I ride beside it, and snuffs the tainted air nervously, for two turkey-buzzards fly up from the huge carcass of an alligator, and alight close beside me on the fence. Two more remain on the alligator, gorged so that they cannot rise. Their rough, dirty feathers remind one of the uncombed locks of a city scavenger. No one ever shoots them, but draws back and says, with unconcealed disgust. " What a foul bird that is." Yet on the other side of the road, spreading back to the poisonous swamps in the rear, lie some of the rich plantations of Louisiana. There are the sugar-houses, with their heavy brick chimneys, as large and clumsy as those of a foundry; and near by stand the planter's house, the overseer's house, the engineer's house, and a little village of contraband cabins. The vast fields are cut up into square blocks by ditches, sometimes ten feet deep, reminding one of the graded lots in the outskirts of a city. On one side of each range of these blocks is a raised plantation road, which crosses the ditches on substantial bridges, and runs, perhaps for miles, arrow-like, as a railroad. It is probable that the plantation is surrounded by a levee, to keep the water out. The large ditches then empty into a canal, and at the end of this canal will be found a " pumping machine," driven by a steam engine. which pumps the plantation dry and keeps
Page  28it above water. Such wealthful agriculture we have nowhere in the North. The broad, dull thoroughfare on which I ride is an unpleasant contrast to the shaded bridle-roads of Tennessee. Yet it furnishes our only ride, and for twelve miles there is but one turn-off, or intersecting road, and not one hill or hollow. So far as the eye can reach in all directions-so far as one call ride on any road he may choose to take, is one weary, continuing, unbroken flatness. I feel a constant longing to mount a hill, and often have to repress an impulse to climb a tree, where I can look around and breathe a little freer air. Houma looks somewhat like a deserted village. The shops are shut, many of the houses empty, and the scowling people wear an idle, listless air. The:re is no love lost between them and the troops. Some months ago a few sick soldiers of the Twenty-First Indiana were massacred not far from the village, and it was done by some of the most "' respectable " planters. I believe all of the guilty parties escaped to the enemy's lines, except one, and he, poor wretch, lived for months in the gloomy swamps near us, a fiightened maniac. His body was lately found, showing that he had lain down, worn out and sick, and died alone in the dreary solitude. In one of these deserted houses I find my officers established, and after finishing the muster of their company, I spend with them a pleasant evening and quiet night. Another dull and solitary ride carries me back to my headquarters...
Posted by Stuart Salling at 7:34 PM