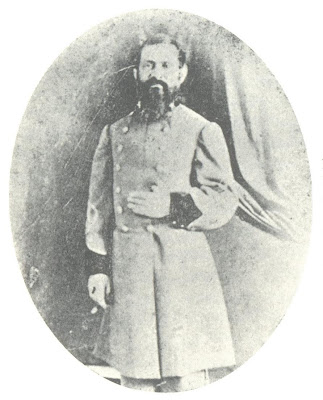 Dr. Joseph Bensadon
Dr. Joseph Bensadon was born in New York in 1819. In 1840, he graduated with honors as a Doctor from Charleston University. He served as a surgeon in the U.S. Army during the Mexican-American War and when war erupted in April of 1861 he joined the Confederate service as well. Bensadon served with the Army of Tennessee throughout the war and was paroled at Meridian, Mississippi on May 15, 1865. From 1847-1871 (minus his four years in the field with the Confederate army) Bensadon practiced medicine in New Orleans. A significant portion of that time was with the Touro Infirmary.
Posted by Stuart Salling at 10:57 PM